Tropical retreat - this is the best way to describe the humble abode of Hollywood A-lister Matt Damon, which he puts up on the market for a whopping $21 million. The Zen-inspired home could be found in the Pacific Palisades area of Los Angeles, California.

The Agency's listing agent Eric Haskell confirmed that the 50-year-old actor sells his sprawling 13,500-square-foot property as the family decided to live in New York City, where he purchased a Brooklyn Heights penthouse two years ago.

"They really love it there, even with everything going on with Covid," Haskell said, as reported by The Wall Street Journal.

In 2012, Matt Damon and his wife, Luciana Barroso, purchased the said property for $15 million. The listing agent also described living in the enormous estate like a tropical retreat.

"You don't feel like you're in Southern California anymore," Haskell added.

While "Jason Bourne" franchise star and his wife did some minor changes in the property over the years, Mr. Haskell said they had not done any major renovations to preserve its natural beauty.

What to expect in a Zen-inspired house?

Zen, or the Japanese way of life that translates to peace and calm, it manifests the value of meditation and intuition.

When you said that a house is Zen-inspired or exhibits Zen-design, it embodies the minimalist philosophy using natural materials, light, and space patterns with little to no clutter.

Relaxing, contemplative, visually balanced, and appealing, this is how a Zen-inspired home's interior design should look and feel. 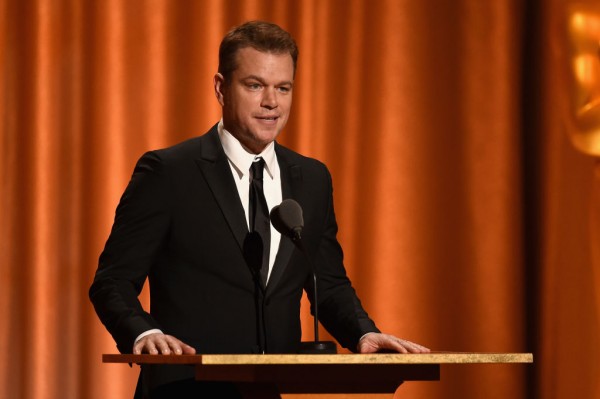 Matt Damon's Los Angeles house for sale is a perfect example of a home that embodies the Zen philosophy. It has a mix of warm wood and stone, airy space, minimalist decors, and a touch of greens in every corner.

The seven-bedroom with 10-bathroom property boasts a central atrium with a 35-foot vaulted mahogany ceiling. It leads to the open-space living and dining area with a glass wall and high clerestory windows.

Meanwhile, the family room gives you a view of the chef's kitchen, which has customized mahogany cabinets, Bluestone countertops, and stainless steel appliances.

Aside from the typical office, gym, and bar, the property also features spectacular amenities like a game room, wine storage, a wine tasting room, a plush media room, and a massage room.

On the outside, you will be greeted with a massive backyard with Zen balanced facilities, including a pool, a waterfall, koi pond, and an outdoor pavilion. The outdoors also offers lush landscaping, a grassy yard, a children's play area, and a Hawaiian-inspired lanai with a lounge and alfresco dining area.

Matt Damon's Los Angeles mansion offers perfect serenity, resort-style living, and absolute privacy as it is located in an ultra-exclusive neighborhood. It is only minutes away from recreation areas in Brentwood, Santa Monica, and the Riviera Country Club.

In 2017, Matt Damon and his wife bought a $16.745 million Brooklyn Heights penthouse in the condominium project called "The Standish."

The 6,201-square-feet premium penthouse features six bedrooms and an expansive terrace with a breathtaking view.