In the last decade, Taylor Swift has been one of the biggest names in the music industry. In 2020, the country singer surprised her fans with back-to-back albums including "Folklore" released on July 24, followed by Evermore on December 11, and earlier this month, the re-recorded version of her Fearless album.

Through her hit songs, sold-out albums, and jam-packed concerts throughout the years, Taylor Swift's net worth has reached a whopping $400 million.

At a very young age, the 31-year-old pop icon has made a wise decision to invest in real estate properties. Over the years, Taylor has amassed an impressive real estate portfolio, which is worth $80 million or more according to the New York Post.

Below are some of Taylor Swift's publicized real estate purchases throughout her nearly 17 years in the music industry.

At the age of 20, Taylor Swift bought her first property at Nashville's Music Row. The singer paid $1.9 million for a 3,240-square-foot penthouse with three-bedrooms at the Adelicia complex.

Taylor's first-ever property is a corner duplex that boasts amenities like a heated Olympic-sized swimming pool with a personal trainer.

In 2011, Taylor purchased a $2.5 million property in her homeland in Tennessee. The 5,600-square-foot real estate, also known as Northumberland Estate is a grand Greek revival inspired property.

The six-acre property sprawling in the elite suburb of Forest Hills was built in 1934. It features four bedrooms, five bathrooms, and a 2,000-square-foot guest house.

At the peak of her career in 2014, Taylor Swift bought her first real estate property in New York City. The singer got herself a two adjacent penthouse for $19.95 million. Four years after, Taylor purchased the second-floor complex on the same building for $10 million.

Taylor Swift purchased another New York property in 2017. For $18 million, the singer got herself a four-story townhouse near her Tribeca penthouse.

The singer reportedly purchased the property for a whopping $17.75 million, which she paid in an all-cash deal. The five acres of land located at the highest point in Watch Hill has more than 700 feet of beachfront.

Rumor has it that the property was Taylor Swift's inspiration to her song, "The Last American Dynasty." Some fans believed that the song is based on Rebekah Harkness's story - the previous owner of the sprawling Rhode Island mansion. 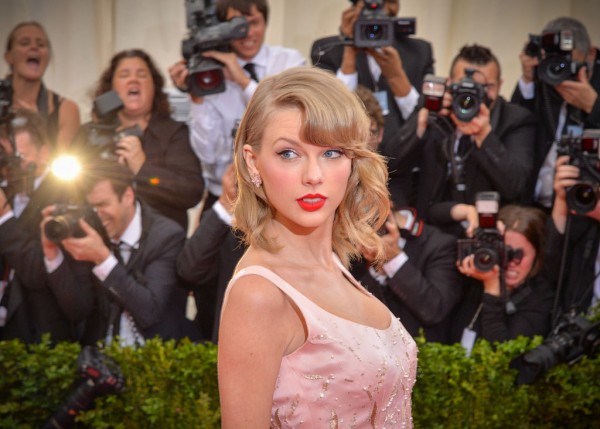 Taylor Swift got herself a 10,982 square-feet Los Angeles property, which she purchased for a whopping $25 million. The 1934 Georgian Revival estate features seven bedrooms and eight bathrooms.

Hollywood film producer Samuel Goldwyn previously owned the mansion before the singer purchased it in 2015.